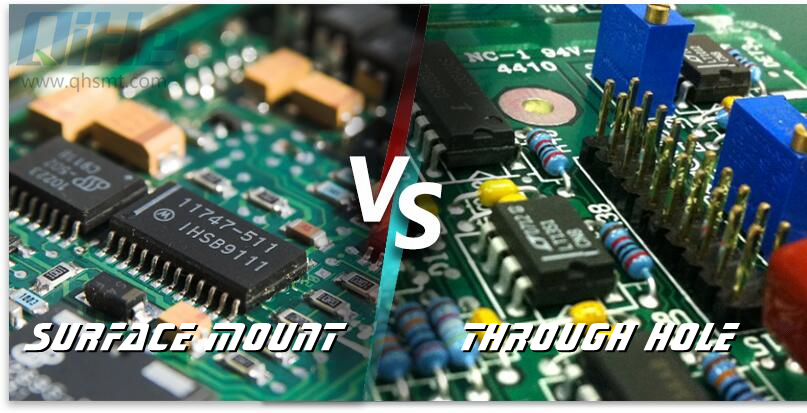 How does a professional SMT assembly line work ?

Electronics manufacturing using surface-mount technology (SMT) simply means that electronic components are assembled with automated machines that place components on the surface of a board (printed circuit board, PCB). Today author from qihe smt pick and place machine tell you about it.

In contrast to conventional through-hole technology (THT) processes, SMT components are placed directly on the surface of a PCB instead of being soldered to a wire lead.

When it comes to electronic assembly, SMT is the most frequently used process in the industry.

Electronic assembly encompasses not only placing and soldering components to the PCB, but also the following production steps:

Applying soldering paste, which is made of tin particles and flux, to the PCB
Placing SMT components to the soldering paste on the PCB
Soldering the boards with a reflow process.

Depending on the design of the board, different stainless-steel stencils for “printing” the paste onto the board and various product-specific pastes are used.

Using a laser cut stainless-steel stencil custom made for the project, the soldering paste to be applied only to the areas where components will be soldered.

Once the accuracy of the soldering paste application has been confirmed, the boards are transferred to the SMT assembly line, where the components will be soldered.

The electronic components to be assembled come in trays or reels, which are then loaded into the smt pick and place machine.

During the loading process, intelligent software systems ensure that components are not inadvertently switched or misloaded.

The SMT assembly machine then automatically removes each component with a vacuum pipette from its tray or reel and places it on its correct position on the board using precise pre-programmed X-Y coordinates.

Our QM10 series machines are capable of assembling up to 23,000 components per hour. After the SMT assembly is completed, the boards are moved on to the Reflow ovens for soldering, which affixes the components to the board.

To solder electronic components, we use two different methods, each of which has distinct advantages depending on the order quantity. For series production orders, the Reflow-soldering process is used.

During this process, boards are put in a nitrogen atmosphere and are gradually warmed up with heated air until the soldering paste melts and the flux vaporizes, which fuses the components to the PCB.

After this stage, the boards are cooled off. As the tin in the soldering paste hardens, the components become permanently affixed to the board and the SMT assembly process is completed.

For prototypes or highly sensitive components, we have a specialized vapor-phase soldering process. In this process, boards are heated until the specific melting point (Galden) of the soldering paste is reached. This allows us to solder at lower temperatures or solder different SMT components at different temperatures depending on their individual soldering temperature profiles.

Soldering is the second-to-last step of the SMT assembly process. In order to ensure the quality of the assembled boards, or to catch and correct a mistake, AOI visual inspections are performed for almost all series production orders.

Using several cameras, the AOI system automatically checks each board and compares the appearance of each board with the correct, pre-defined reference image.

If there are any deviations, the operator of the machine is informed of the potential problem, who then corrects the mistake or pulls the board from the machine for further inspection.